A first major appearance is on the line in this Barbora Krejčíková vs. Maria Sakkari French Open women's semifinal match. Check out our betting preview and get our best Krejčíková vs. Sakkari pick.

The French Open is down to the final four, with the ladies’ semifinals taking place Thursday. With upsets and withdrawals weakening the field, the semifinals present an exciting opportunity for tennis betting, with plenty of uncertainty.

Krejčíková vs. Gauff was filled with nerves & tension, and it was the young American’s collapse from 5-3, 6-5 (set points on return) and more set points missed in the tiebreak that proved crucial.

Krejčíková stole the first set and rode that momentum to the finish line.

Sakkari knocked out Iga Swiatek in straight sets in a stunning performance.

She neutralized Swiatek’s huge forehands down the line by crushing backhands crosscourt into the open space and taking over the rallies. Sakkari’s serve into Swiatek’s forehand also found plenty of joy, coaxing errors and highlighting some major weaknesses in her return game.

All four underdogs emerged from the ladies’ quarterfinals, reigning champion Iga Swiatek is out, and all four players are playing their maiden major semi-finals. These matches will be filled with nerves and tension.

Krejčíková's style of play has previously given her more success on hard courts but it’s proven effective on the clay, too.

Sakkari does, however, have the stronger clay court pedigree and should be able to dominate from the baseline. She can create nice short angles with her forehand, while her backhand is rock solid and capable of matching Krejčíková's.

Krejčíková admitted to not wanting to step on court before her fourth-round match and was extremely nervous during her quarterfinal, struggling with her ball toss throughout the match. A first major final beckons for one of these players, but it is Sakkari who has looked more composed throughout the tournament. 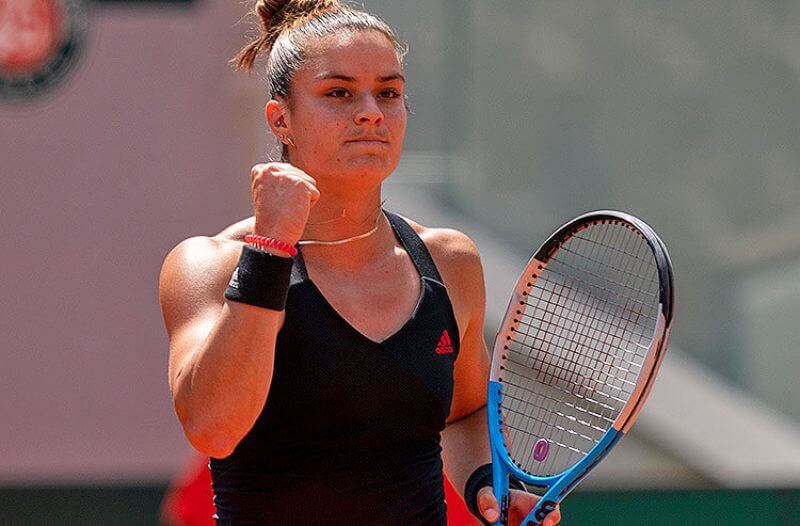