Nets vs Pelicans Picks: No Harden? No KD? No Problem

Kyrie Irving will be the lone star for Brooklyn tonight with both James Harden and Kevin Durant sidelined, but the Nets and Pelicans should still be able to exploit each other enough to put up points.

The New Orleans Pelicans' season is coming to its inflection point. With 15 games remaining, they trail the Spurs by 3.5 games for the West's 10th seed and a spot in the play-in round. It's too early to call tonight's clash with the Brooklyn Nets a must-win, but we're getting awfully close to that threshold.

Brooklyn finds itself hobbled tonight with two stars in suits—and an NBA betting road underdog. Can New Orleans take advantage? Find out with our Nets vs. Pelicans picks and predictions for Tuesday, April 20.

New Orleans opened -2 Monday night at FanDuel and this morning reached -3, where the number remains at 1:15 p.m. ET. The Pelicans are seeing 53 percent of spread tickets and 56 percent of spread money. The total moved from 233.5 to 232.5 to 234.5, with the Over landing 52 percent of tickets/55 percent of dollars.

The Nets are 6-1 in their last seven games as a road underdog. Find more NBA betting trends for Nets vs. Pelicans.

Obviously, this game comes down to the Nets stars...or lack thereof. In what's been a common pattern this season, Kevin Durant will sit tonight, with James Harden joining him in casuals. That leaves Kyrie Irving to do the heavy lifting against a Pelicans squad that just can't seem to get it together.

Clinging to faint hopes of making the play-in tournament, the Pels' roster is undeniably talented but suffers from several fundamental flaws that keep it from realizing its upside. Chief among those is defensive ethos: New Orleans allows its opponents to shoot 39.9 3-pointers per game (27th in NBA), while also enabling them to drain them at a 38.9 percent rate (29th). Simply put, no team permits opponents to score more easily from long range than New Orleans.

Look for Brooklyn to exploit that flaw in a game where Irving will get to run amok, flanked by Joe Harris and Landry Shamet (the latter of whom ripped Miami for a career-high 30 points on Sunday). Brooklyn will find ways to confound New Orleans on D and get its points, regardless of the lack of star power.

Point Zion (Williamson) has been a force thus far, but brick shithouse Bruce Brown is a solid defensive foil for the Pels' All-Star battering ram. Lonzo Ball still appears to be working himself back into game shape, and the Pels, especially down three rotation reserves, are painfully thin behind their talented-but-maligned starting lineup.

On paper, this looks like a game we should expect New Orleans to win, but their squad has made a season out of insulting our expectations. Back the Nets with the points.

New Orleans (64.9 percent) and Brooklyn (59.7 percent) remain two of the NBA's best Over bets and, despite Durant and Harden's absences tonight, we see no reason to defer in this matchup.

We laid out above how the Pels are trash at defending the three, something Brooklyn is well-equipped to exploit and will lean on even more without two of its main bucket-getters. The Nets have a Top 10 3-point frequency and shoot them at the NBA's third-most-efficient clip.

Likewise, Brooklyn is pretty brutal at defending the post, which will only be exacerbated with Nicolas Claxton — the roster's most competent rim protector — on the sidelines. New Orleans already scores 53.9 points in the paint per game (second in the NBA), and even with Brown checking Zion, it could be a field day if the rest of Brooklyn's coverage isn't air-tight (spoiler: it won't be).

The absence of Brooklyn's stars has helped this total plummet a full six points from its opening mark, where we find good value in fading the consensus with two teams that should be able to exploit each other's defensive weaknesses.

Harris can be a mercurial player for prop picks, as his offensive output fluctuates wildly—not only subject to the whim of 3-point variance but the effect that Durant's fleeting presence has on his touches and attempts.

But with both Durant and Harden in suits, and New Orleans' predilection towards terrible 3-point defense, we like tonight as a spot for Harris to have a big game. Unfortunately, his Over 2.5 threes made prop is juiced fairly unattractively (-150), so instead we're taking aim at the points market.

Harris lit up both of the weak triple–defending teams Brooklyn faced last week (23 pts vs. Minnesota and 26 vs. Charlotte) and given tonight's matchup he should have plenty of opportunity at a very fair price. 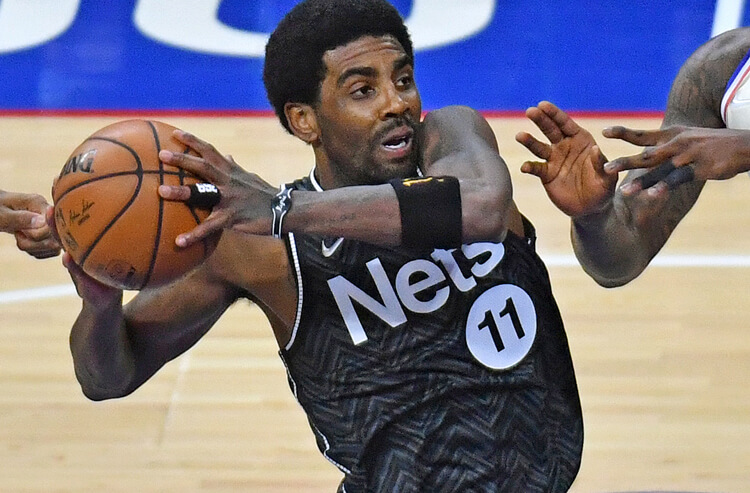 Nets vs Pelicans Picks: No Harden? No KD? No Problem
Provided by

Trail Blazers vs Clippers Picks and Predictions: George Has A Great Matchup To Rack Up Points
Zachary Cohen | Oct 25, 2021

Grizzlies vs Lakers Picks and Predictions: Struggling LA The Perfect Matchup For Morant and Memphis
Zachary Cohen | Oct 24, 2021
About Us
Contact Us
Careers
Our Team
Brand
Testimonials