Alexander Volkanovski vs. Max Holloway will take place as the co-main event at UFC 251 at “Fight Island” in Abu Dhabi. This is a rematch from UFC 245 with the reigning featherweight champion Volkanovski favored at -205 to defeat Holloway (+165) for the second time in eight months.

We break down the MMA odds for this featherweight battle and give our best UFC picks and predictions for Volkanovski vs Holloway at UFC 251 on July 11.

Max "Blessed" Holloway (+166) gets a chance for redemption as he takes on Volkanovski after losing the featherweight title to him at UFC 245 in December. Prior to that bout, Holloway had successfully defended the championship three times. Holloway is a high-volume striker who uses his elbows and knees to pile up damage, landing 6.66 significant strikes per minute while absorbing 4.45

Alexander Volkanovski hasn't lost since 2013, going 19-0 since then. The Australian made his UFC debut in 2016 and is 8-0 at this level with five of those wins via unanimous decision and three coming by TKO.  Volkanovski has a background in wrestling and used to compete at the semi-professional level in Rugby League, playing at 214 lbs. Despite now fighting in the 145-pound division, he retains that powerful core strength.

Volkanovski vs Holloway tale of the tape

PREDICTION: How fight will end - KO/TKO +260 - While it's not always wise to take a pre-fight claim as the gospel truth, Volkanovki's recent vow to finish Holloway inside five rounds is interesting. After all, he already defeated Holloway in a decision and if he wants a statement win he might be eager to go for the knockout with his big overhand right. This will in turn open him up to more strikes from Holloway.

The first fight between these two featherweights wasn't all that close with Volkanovski battering Holloway with leg kicks and out-striking him 157-134. However, by the time the fourth round began, Holloway started to check those low kicks and switched his stance more often which helped him significantly. Unfortunately for Blessed, it was a bit too late to turn the tide but he should come into this fight with a gameplan, and be better prepared to deal with those kicks.

While Holloway's last three fights have all gone the distance, prior to that he had four straight wins via TKO against quality opponents like Anthony Pettis, Jose Aldo and Brian Ortega. Unlike the first fight between these two, we like the +260 payout to see a KO or TKO this time around.

Alexander Volkanovski vs. Max Holloway is just one of many exciting fights slated for the UFC 251 card. Check out our best picks and predictions for these other bouts taking place on July 11: 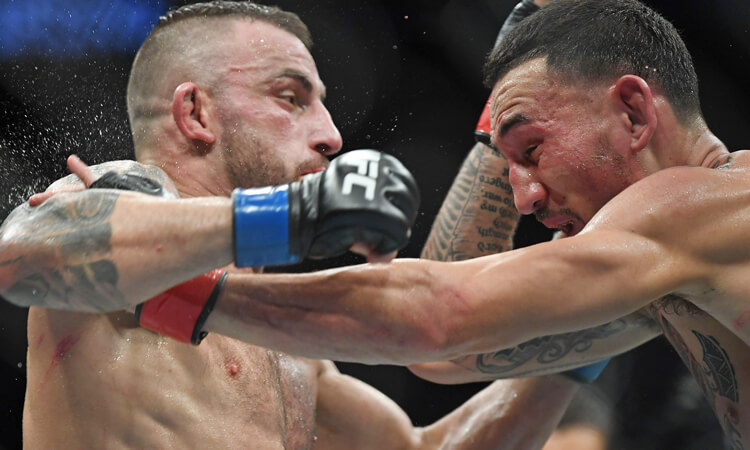 UFC 251: Volkanovski vs Holloway picks and predictions
Provided by 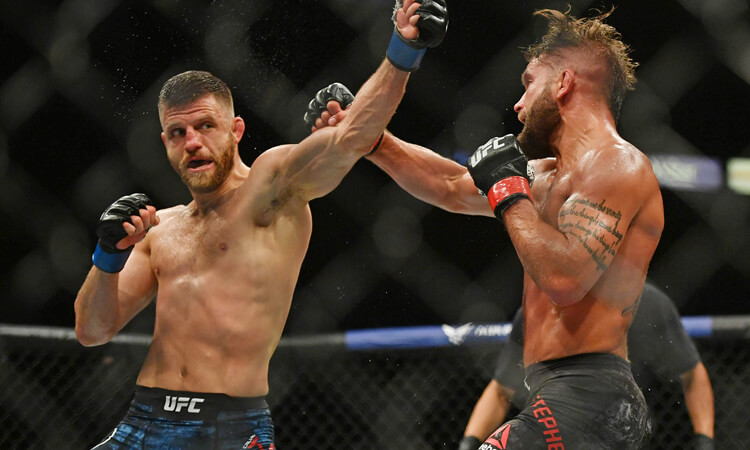 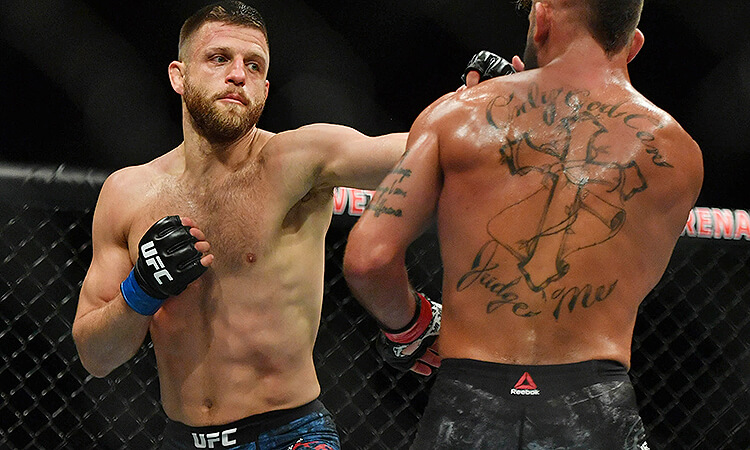 UFC Fight Night: Kattar vs Ige Picks and Predictions
Get the best sports betting information delivered straight to your inbox for free.
About Us
Contact Us
Careers
Our Team
Our Community