Carson Wentz showed he could handle the big stage in his much-ballyhooed NFL debut, but the lights will be even brighter when he leads the Philadelphia Eagles on the road to face the Chicago Bears on Monday Night Football. Wentz, the No. 2 overall pick overall pick out of North Dakota State, earned raved reviews nationally after guiding Philadelphia to a 29-10 win over Cleveland in its season opener.

Wentz was expected to open the season on the bench but was thrust into the starter's role following the abrupt trade of Sam Bradford to the Minnesota Vikings and responded with 278 yards passing and a pair of touchdowns against the Browns. "It looks like Philadelphia's going to be very well rewarded for the risk they took on draft day, giving up a lot of stuff to get this guy," Bears defensive coordinator Vic Fangio said of Wentz. "The guy's very impressive." Chicago was not that impressive in its season opener, failing to score in the second half in a 23-14 loss at Houston. Playing at home is not necessarily an advantage for the Bears, who won only once at Soldier Field en route to a 5-11 record last season.

LINE HISTORY: The Bears opened the week at -2.5 and throughout the week the spread took a couple of half point jumps to leapfrog the key number of -3. The Bears went from -2.5 to -3 late Sunday night (just after the line was released) and moved from -3 to -3.5 on Thursday afternoon.

The total hit the board at 42.5 and was steady for the early part of the week before being dropped to the current number of 42 on Thursday evening. Check out the complete line history here.

WEATHER REPORT: The forecast for the Soldier Field area of Chicago is calling for clear skies all day until right around kickoff when there is a slight (15-20 percent) chance of some thunderstorms developing. The temperatures will be seasonal (high 70's) and humidity levels will be high (70-70 percent). Wind will not be a factor at only 5 mph.

WHAT BOOKS SAY: "The Bears remain a -3 favorite over the Eagles in tonight’s game, and though the juice was as high as -3 (-125), it seems to have settled at -110. With 60% of the overall action on Chicago, my guess would be that the line sticks at 3, and we get a bit of late action on the 1-0 Eagles.  If you like Da Bears, holding out till later could result in you getting better odds." - GTBets Lines Manager.

Since the Bears don't have cheerleaders we had to go with Cutler's wife Kristin Cavallari. ABOUT THE EAGLES (1-0 SU, 1-0 ATS, 0-1 O/U): While Wentz is the new darling of Philadelphia -- his jersey was the No. 1 seller nationally -- after his starry debut, there are major injury concerns on both sides of the ball for the Eagles. Tight end Zach Ertz, who had six catches for 58 yards, suffered a rib displacement under his collarbone and did not practice again Friday, likely robbing Wentz of a safety valve that hauled in 75 receptions in 2015. Cornerback Leodis McKelvin also did not practice with a strained hamstring, putting further stress on a position where Philadelphia lacked depth after trading Eric Rowe to New England. Jordan Matthews had a big first game with seven catches for 114 yards and a TD.
ABOUT THE BEARS (0-1 SU, 0-1 ATS, 0-1 O/U): Chicago's offensive line struggled to protect quarterback Jay Cutler, who was sacked five times and pressured repeatedly while throwing for 216 yards with one touchdown and a costly interception. Speedy wide receiver Kevin White, the No. 7 overall pick in 2015 who missed his entire rookie campaign with a shin injury, had three receptions for 34 yards in his NFL debut and accepted the blame for running the incorrect route on Cutler's pick. The Bears' defense, which ranked in the bottom third of the league against the rush (120.9 yards per game) last season, allowed Houston to control the ball for more than 36 minutes. Alshon Jeffery led the offense with four catches for 105 yards.
TRENDS:

* Eagles are 1-6 ATS in their last 7 games in Week 2.
* Bears are 0-5 ATS in their last 5 games in September.
* Under is 8-1 in Eagles last 9 games following a straight up win.
* Over is 4-1 in the last 5 meetings.
COVERS CONSENSUS: The public is supporting the road underdog Eagles at a rate of 63 percent and the Over is picking up the majority of the totals wagers on Covers with 68 percent. Check out full consensus data here. 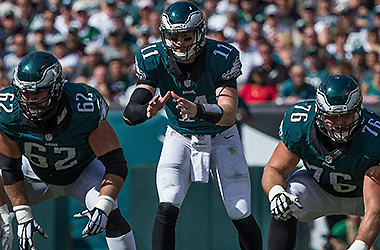 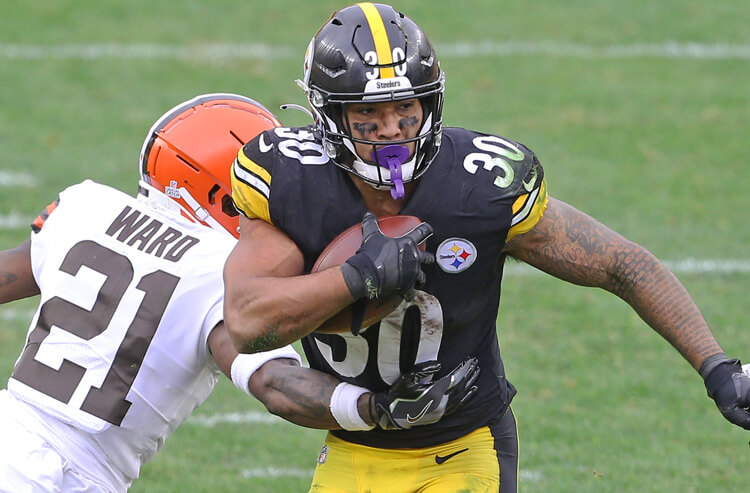 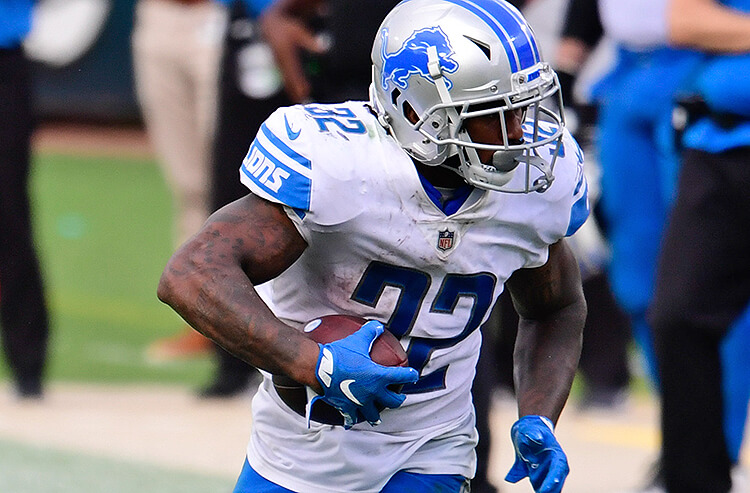 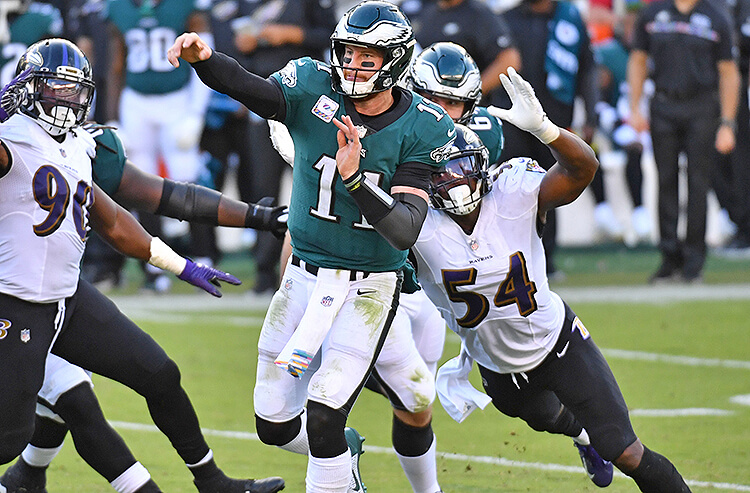 Thursday Night Football picks: Giants vs Eagles
Get the best sports betting information delivered straight to your inbox for free.
By signing up for the Covers newsletter, you agree to receive electronic communications from Covers about our products and services, as well as other content that may be of interest to you
About Us
Contact Us
Careers
Our Team
Our Community